“We cannot afford it,” stated the executive in a meeting after our department proposed a profit sharing 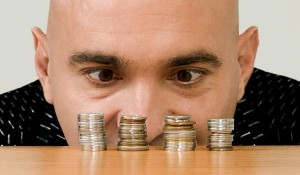 plan to include all company employees. With the industry’s harsh competitive environment, our expense reduction mandates, along with the absolute requirement to get every employee moving the same direction, I assured the room full of executives we could not afford to pass by the opportunity to place all company employees on the proposed profit sharing plan.

What was the downside, I asked.  The plan only paid if the company hit the established revenue target.  And we needed to hit the target.  For the company to reach its goals, the company couldn’t afford to pay incentives only to management.

Even with the lone executive’s disapproval, there was enough support to obtain profit sharing plan approval.

The results were in after the first twelve months.  The first year was an incredible success as the company exceeded its revenue targets while also cutting costs; truly a winning combination. Employees were finally part of the big picture and were compensated for their contributions.

What Happens When You Kill a Profit Sharing Plan?

After writing $770 checks to nearly every employee the first year, the second year Kaye decided to invest profits entirely back into the company. “We posted average revenues of $37 million in 2006, but expenses were unusually high. With no motivation to save money and no email updates on the company’s financial situation, my employees became less careful about controlling costs,” said the CEO. “Losses topped $1 million that year,” according to Kaye.

Why Profit to Loss?

The CEO speculated the reason for the company’s losses was related to employees not feeling plugged into the business like the previous year.  Regular email communications stopped because there was not an incentive payment on the line for everyone. Never underestimate the multiplied power of all employees focused on the same goal. The combined force of employee heads, hands and hearts focused on a winning strategy is amazing.

“So in January 2007 I announced the profit sharing program would be reinstated,” said Kaye.  The results? According to Forbes, “It worked like a charm: Everyone found a way to contribute, from the receptionist who took checks to the bank daily – so the funds could start collecting interest as soon as possible – to the in-house travel agent who suggested that a colleague stay at a certain hotel because it was 25% cheaper than the others.”

Revenues hit an all-time high that next year (2007) and employees each received $1,300 incentive checks. Their business future looks brighter now that every employee has a vested interested in the financial performance of the company.

Note: At the time of this post’s publication a link was not available to the Fortune Small Business article, “Reviving Incentive.” When it becomes available, The People Group will provide the link.