Employee’s Are Not Happy at Work

Employee’s Are Not Happy at Work 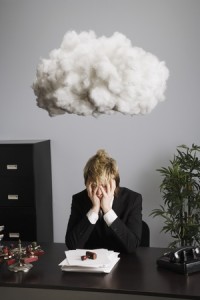 I was watching the national news the other night, and they had the story about the Jet Blue flight attendant who slid down the emergency slide, beer in hand, after yelling at his passengers.  His reason for doing so was that he was fed up with his job.  At the end of the story, the reporter referenced the recent Conference Board study about current employee satisfaction.  The research the Conference Board released in January 2010 found that only 45% of all American workers are satisfied with their current job.  Their findings are in line with the Right Management study that came out in November, 2009 that found that 60% of Americans plan to leave their job in 2010.  According to this study, the number one reason for this dissatisfaction is the way they are treated by their employer.

It’s high time for organizations to take a hard look at how they treat their employees.  And if they aren’t treating them well, it’s also high time to do something about it.

It is amazing to me that organizations don’t see the value of their people.  At a time where company profits are shrinking and costs are rising, the question I ask myself is, “why don’t they see the value?”  Senior managers are paid great money to identify issues within an organization, and for the most part, they are very smart people.  One would think, or assume, that the focus would be on employee satisfaction.

However, based on the two current studies, that is not the philosophy of many US corporations.  In hard times, I firmly believe that you can still grow organically, or through your best asset…your people.  It doesn’t take a lot of time or effort to instill a culture that focuses on employee satisfaction.  What does take time and effort is the ability to recognize the issues at hand and the guts to do something about it.

The long-term effects of employee dissatisfaction are devastating.  Not only will employee moral continue to decline, as will employee retention.  Once the job market starts to open up, these unhappy employees will leave in droves…especially the “stars.”  And where will they go?  They will go to those organizations that have a company culture of excellence, a company that recognizes their most important asset is its people.  It’s high time for organizations to take a hard look at how they treat their employees.  And if they aren’t treating them well, it’s also high time to do something about it.

Kurt is a graduate of the University of Oklahoma where he received his bachelor’s degree in Journalism/Public Relations. He and his wife Melissa are proud parents of two teenagers, Zachary and Madison. In his spare time, he enjoys attending his kid’s vast array of activities, reading books on WWII history and cheering on his beloved Sooners.