Worst Bosses of 2009 Announced by eBossWatch

Worst Bosses of 2009 Announced by eBossWatch

Asher Adelman, Founder of eBossWatch, started his company to help people avoid hostile workplaces.  Adelman has undertaken an important and surmounting mission.  Unfortunately, there is a great deal of work yet to be 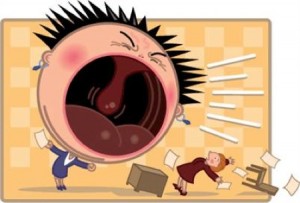 done.  In other words, there is plenty of work for consultants like us who are working to create a nicer workplace.   While serving as one of the panelists who selected and ranked the 25 Worst Bosses of 2009, I read some horrifying accounts of just how toxic the workplace can be.  It’s a jungle out there!  We have included the eBossWatch press release below.

The eBossWatch Worst Bosses of 2009

December 7, 2009 — In the first ever contest of its kind, eBossWatch assembled a panel of workplace experts who selected and ranked the 25 Worst Bosses of 2009 from across the country and abroad.  eBossWatch is a career resource that helps job seekers evaluate managers and potential employers.

The Worst Bosses of 2009 include a coroner, the former NASA inspector general, an NFL head coach, and a candidate running for US Congress.

Here are a few of the managers who made The eBossWatch Worst Bosses of 2009 list:

Asher Adelman, founder of eBossWatch, said, “It is shocking to think that such horrific experiences still occur in the American workplace.  Nobody deserves to be subjected to a hostile work environment.  This contest demonstrates how important it is for job seekers to Google potential bosses and to research potential employers on sites like eBossWatch.”

The entire eBossWatch Worst Bosses of 2009 list is available at eBossWatch.com.

eBossWatch was launched in 2007 to help people avoid hostile workplaces.  eBossWatch is a popular career resource that enables people to rate their bosses in a professional and non-libelous manner so that job-seekers can evaluate prospective employers and avoid workplace bullies.