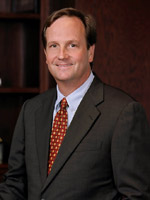 According to the AJC article, Aaron’s Cites Anxiety in CEO Exit, “Robin has struggled with anxiety and other similar issues for years,” said Gilbert Danielson, executive vice president and chief financial officer of the rent-to-own furniture company. “With increasing demands and stress of being CEO of a large and growing public company, he feels he would now rather invest his future time and attention on his health” and his family real estate business.

There are a few points I would like to make about this story:

According to the National Institute of Mental Health (NIMH), anxiety is a normal reaction to stress and can actually be beneficial in some situations. For some people, however, anxiety can become excessive, and while the person suffering may realize it is excessive they may also have difficulty controlling it and it may negatively affect their day-to-day living.