It’s all about people, stupid

It’s all about people, stupid

“Life is people” is the mantra of Jim Collins, who is a teacher and student of enduring great companies. Collins was today’s keynote speaker at the 2012 SHRM Conference in Atlanta.

Collins, author or coauthor of six books that have sold in total more than ten million copies worldwide, firmly stated, “Great leaders are great by choice.” His research indicates “fanatic discipline” along with “empirical creativity” is absolutely necessary to be great. 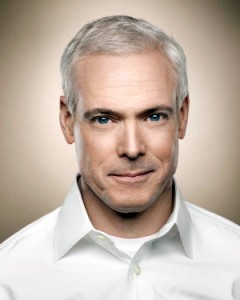 His example of this principle in action was Southwest Airlines, an extremely disciplined company. Their company’s stock is the best performing stock from 1972 to 2002. Their stock’s performance was 54 times better than their industry, which is one of the most treacherous industries in America.

Collins reported that after the tragic events of 9/11, which paralyzed the travel industry, Southwest Airlines reported a profit in the 4th quarter of 2001.

Southwest Airlines, a people-centric business, has been known as a Great Workplace since company culture measurement began two decades ago by Fortune Magazine and the Great Place to Work Institute. Southwest voluntarily stopped entering the selection process because applicants for positions were too overwhelming. “It all starts and ends with people,” said Collins.

His talk made me think of the 1992 presidential campaign slogan, “It’s the economy, stupid,” coined by James Carville for Bill Clinton’s successful bid for the White House. However, my thought after Collins’ presentation was, “It’s all about people, stupid.”