Since Obamacare Won’t Be Repealed, What’s Next?
Posted by Kevin Kennemer in Compensation & Benefits
0 Comments

After the 2012 Presidential Election, the big question among compensation and benefit professionals, and human resource executives is, “What is next?” With Obama as President, Obamacare will be charging toward small, medium and large companies like a runaway speed train.  The Society of Human Resource Management’s (SHRM) Allen Smith, J.D., recently covered this topic that will help you understand some of the PPACA’s impact in the next two years. At this time, not all is known how the largest social engineering spending measure in history will impact American businesses. — Kevin Kennemer, Principal, The People Group

According to SHRM Attorney Allen Smith, “many health care reform law changes kick in during 2013 and 2014, assuming the law is not repealed or amended.” It is likely there will be business constituent pressure aimed at conservatives to push back on the unpopular aspects of the costly plan, especially since President Obama did not receive a mandate from the electorate. 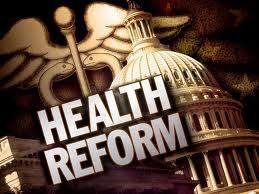 employee benefits seminar in Washington, D.C., provided Patient Protection and Affordable Care Act (PPACA) checklists for the next two years. Before you read these lists, you might want to reach for a Xanax while it is covered by your plan.

“2014 is a big year for health care reform,” Tinnes remarked, highlighting the above provisions that will take effect. (Plans that still are grandfathered are exempt from the requirements listed with an asterisk (*) above.)  “Plan sponsors can’t keep plans grandfathered forever, but should not make the mistake of instituting changes mid-year that result in the loss of grandfathered status, Tinnes cautioned. Instead, employers should plan a year in advance for losing grandfathered status in the next year, she recommended.

Is Repeal in the Future?

At this juncture, there is “a tremendous amount of uncertainty” surrounding the PPACA, observed Jon Breyfogle, an attorney with Groom Law Group, reported SHRM attorney Allen Smith.

This option is not going to happen.  If Mitt Romney becomes president and Republicans hold sway in Congress, much of PPACA could be “unwound” in a big budget bill, Breyfogle said. But a budget bill might not repeal the entire law, he added, emphasizing that it could take months to get a budget bill through Congress. Romney may also delay new rules, repropose existing rules and institute nonenforcement policies to buy time before repeal.

If President Barack Obama is re-elected, parts of PPACA will get scrutinized again, most likely, according to Breyfogle. Employers should expect an avalanche of guidance after the election. “No matter what, the law will get revisited,” Breyfogle predicted.