Millions of people admire the canine leadership skills of Cesar Millan, star of Nat Geo’s Cesar 911. . Cesar works with man’s best friend to help create a much more positive and enjoyable home life.  There is a common theme throughout the Dog Whisperer’s work; bad behavior in dogs is not necessarily the fault of the dog, but the owner.

Having observed employee and leadership behavior for many years, the wisdom of Millan also translates to the cubicle jungles all across America.  As a people practices consultant, I have found that adverse behavior, or negative energy, in the workplace is not necessarily the fault of employees but a natural reflection of owner/leader behavior.

To be the pack leader that every dog needs, Millan states one must project calm-assertive leadership.  He states that leadership is all about doing what’s good for the pack and that harmony can only be created when someone is in control. 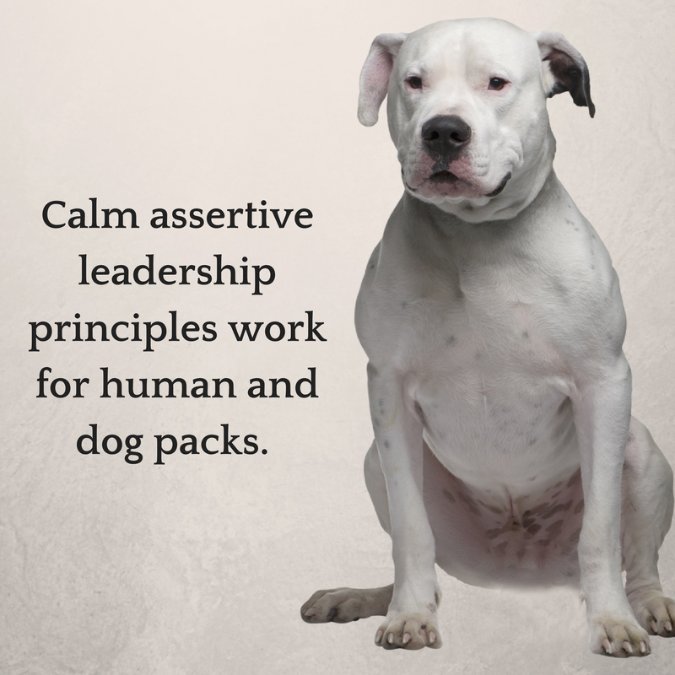 In no way am I comparing employees to dogs, but the comparison to leadership principles rings loud and clear.

“Only humans have leaders who lie and get away with it.” -Cesar Millan

In his book, “Be the Pack Leader,” he states that calm-assertive leaders exude calm-assertive energy. “Animals don’t follow unstable leaders,” says Millan. “Only humans have leaders who lie and get away with it,” states the mild-mannered Dog Whisperer.

In the cubicle jungles across America, there are very few leaders who meet the calm-assertive test. It is reported that 75 percent of American workers say their boss is the most stressful part of their job. (The True Cost of a Bad Boss)

You may ask, what is so great about calm-assertive leadership? A research study cited in Millan’s book, “Be the Pack Leader” shows that “nurses in cardiac care units who were grumpy and depressed had four times higher death rates among their patients than those units where nurses’ moods were more balanced.”  Attitudes and behaviors are contagious, both positive and negative.

Those of us who are leaders have a great deal to learn from man’s best friend.