This Bosshole is Making Me Lose My Mind

This Bosshole is Making Me Lose My Mind

This Bosshole is Making Me Lose My Mind
Posted by Kevin Kennemer in Company Culture, Leadership, Workplace Bullying
0 Comments

“This whole damn report is not what I asked for,” yelled the bosshole. His voice echoed throughout the office that Monday morning.  This bad boss routinely exhibited belligerent, toxic, profane, and psychopathic tendencies. He was trying to negatively affect my work and personal life. In fact, he had a reputation of calling employees at night and weekends to yell and curse about their “mistakes.”

>>>Read The Psychopath Test for Bosses 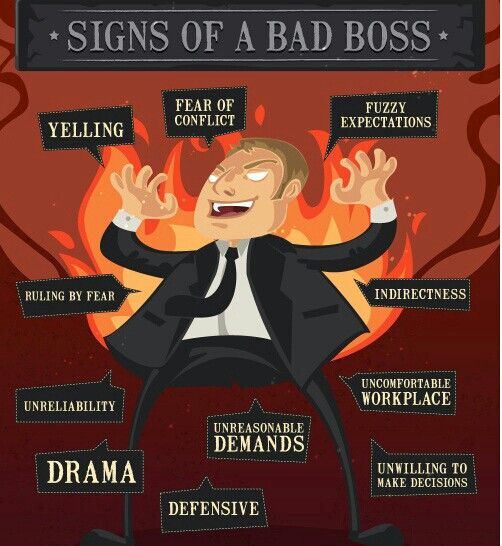 A few days earlier, it was a beautiful spring Friday morning and I was looking forward to a nice weekend with my family.  Weekend plans quickly changed after receiving a morning call from the administrative assistant of my toxic bosshole, demanding I immediately come to his office.

Don’t you just love those phone calls demanding your presence before the evil king without warning or explanation? Since I worked for someone untrustworthy, my mind ran down the long list of potential ambush items while riding up the elevator to the plush executive suite.

Our company was preparing for their next energy-related acquisition. All previous acquisitions had been privately held entities. This energy business, however, was a publicly traded entity on NASDAQ. He wanted me to obtain and analyze a large amount of cash and non-cash compensation data (over the weekend) on each of the executives and submit the report to him on Monday.

Over that nice Spring weekend I worked on the report while spending as much time as possible with my family. Fortunately, I had the assistance of a trusted, expert-level compensation & benefits attorney.

The Bosshole Ripped-Out Pages from My Report

On Monday morning, with the final report in hand, I confidently handed the typed, indexed, footnoted and bound report to him.  He leafed through the pages, and then I couldn’t believe what he did next!

He ripped-out each page, one by one, threw them on the floor and began yelling, “this report is not what I asked for!” The problem with his accusation, however, was my meticulously handwritten notes of his instructions from the previous Friday. The report was exactly what he wanted.

I suspect the information he was asked to obtain had changed over the weekend. As a bad manager, he avoided the truth and tried to cast the blame on me; a typical bosshole play. This scene was one of many examples of his tyrannical behavior. Most of the time his actions were outright mean, pushing towards evil.

>>>Read 12 Signs You Are Working for a Bully

Depending on his mood, he could be very pleasant. The next moment he could be ruthless. Hot was hot and cold was cold. He rarely was a smooth, even-keeled manager.

The Bosshole’s Impact on Me

More importantly, as a human being with a personality and feelings, his actions had a devastating impact on me. Especially since I took my work seriously as the company’s chief human resource officer. This was a multi-billion dollar, international company with major investors. We had to be at the top of our game.

While my bank account got bigger from this prime time position, my emotional bank account was overdrawn by the actions of this mean, vengeful, out-of-control, spiteful, and evil bully who routinely served himself first rather than our company. After I left the company, it filed bankruptcy just eight months later and inflicted harm on thousands of innocent people. 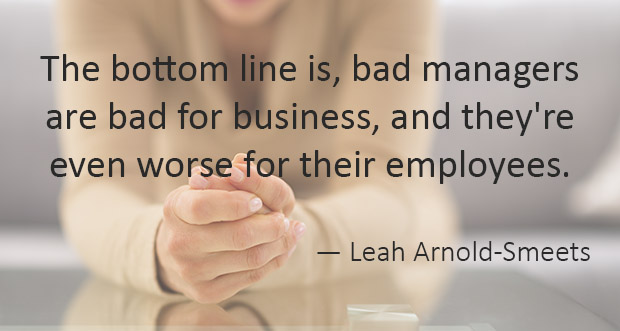 Never did I imagine a boss would purposely try to make me miserable. He desired to inflict harm. As a sociopathic bully boss, he was only interested in himself and had zero remorse. Although he was very smart, his response to the pressure and stress of his job was evil behavior. I was not the only employee subjected to his psychological and emotional abuse.

Based on research by the Workplace Bullying Institute, below is a list of common symptoms for people, just like me, who have dealt with inhumane supervisors over a long period of time. We are susceptible to the following illnesses simply to keep our paycheck; an absolutely terrible excuse to destroy our health.

-Tremors of the lips and hands

Each of the symptoms can start small and may seem unrelated, but the presence of such indicators should be heeded as a warning. Take them seriously and do not simply expect their presence to disappear when the bad boss is no longer around.  Don’t lose your mind while doing your job. Avoid losing your mind after losing your job, too!